Actually, the fishy happening at Ministry of Health (MOH) does not involve only the Hospital Information System (HIS).
There were too many fishy happenings since PH tookover. They bull over plan to introduce health reform but none took off except changing vendors from Bumiputera with pro-PH non-Bumiputera.
Fast forward, then the fishy vaccine supply. The procurement became subject of speculation due the non-disclosure clause in the supply agreement. Maybe not so and its more logical to suspect the supply chain put together by Zaki Zahid. Its the one public was not scrutinising.
Then came MySejahtera. The speculated cost of RM388 million claimed as too pricey and long term maintainance run into billion. There is the worry that rampant private data leakages could happen and confidential data commercialised. Shareholding of companies involved suspected to be linked to Khairy and Muhyiddin.
The recent generational endgame (GEG) policy on cigarette hit a snag and passing of the law postphoned. It was uncovered circulating on social media that the hurry to pass was to rush the App development to Khairy's circle of friends.
The latest fishy happening involved Privasia and the HIS.
Privasia 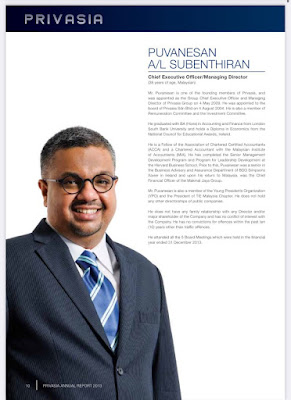 Privasia was the common denominator in MySejahtera and GEG. The same company  appeared in the HIS arena despite them not having any track record, and their cost being too blardy expensive.
There are only few players in the provision of HIS to government hospitals. Sources claimed the most established is foreign-owned and running the system for 12 hospitals. Two other companies ran 7 hospitals. And the largest is MOH-owned HIS system which ran 19 hospitals.
There are 145 Government hospitals in the country. When fully running, there should be enough to go around including new entrants. They needbe competitively priced, system proven, and timely delivered.
For a new player without an established system, tongues are wagging and questioning why Privasia was awarded the contract to build the system for UMS hospital.
This is especially so when MOH could have awarded themselves their proven, familiar and cost effective system. It leads to the suspicion political rivalry in UMNO may have contributed to the decision.
Nevertheless, the bigger concern to this specialised segment of the IT industry and its raising eyebrow whether Privasia completed the system for UMS to enable them be awarded another contract for a hospital in Negeri Sembilan.
As of this writing, sources said the contract was awarded on direct nego arrangement and no news yet it is pulled off.
The price is rumoured from various sources to be at a whopping estimate of between RM50 to RM100 million. Compared to other hospitals, it is rather expensive.
Again the question, why not award to MOH-in house system or even the other more competitively priced established players.
This is not making aspersion against any politicians yet. According to the grapevine, the system for Serdang hospital had the hands of a top government officer caught in a controversy recently in the cookie jar.
Another ECM Libra? 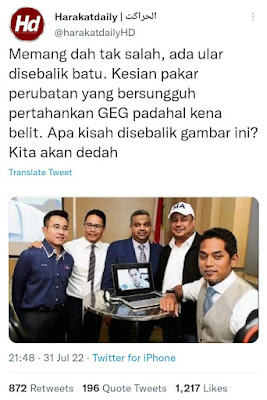 Nevertheless, the coincidence is uncanny. First MySejahtera, then GEG App and now involvement of Privasia in HIS.
If Privasia is also in the Emergency Medical Services (EMS) system, then it is as good as confirmed they are politically linked and earmarked to dominate the whole health information system.
The simple logical explanation being Privasia lacked the credibility and track record in public healthcare to embark in the rollout of EMS for hospitals under MOH.
It only need common sense for any self-respecting hound dog to put two and two together and suspect it is possibly a corporate flagship of Khairy similar to what ECM Libra aspired in furthering his political endeavour.
Let see how Firmansyah Muhammad @ Dax and Green Packet Berhad feature in the endgame corporate structure with Privasia.
Yet Khairy seemed so concerned and critical of  Najib's charged corruption and abuse of power cases in 1MDB, SRC etc.
Yeah sure .... Privasia is now on this blog's radar from hereon.
A Voice at 11:20 PM